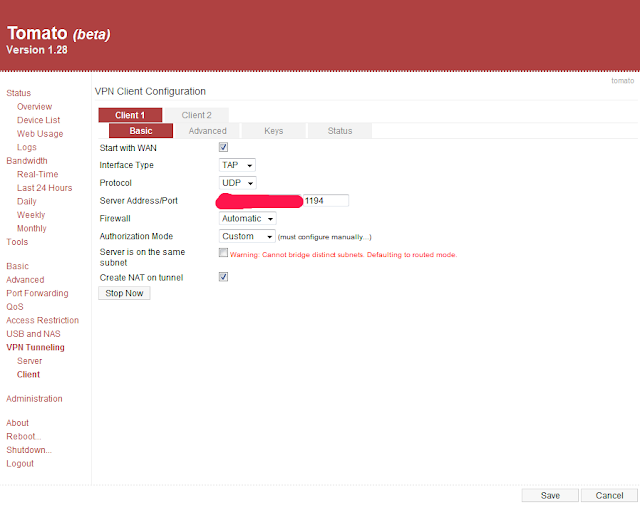 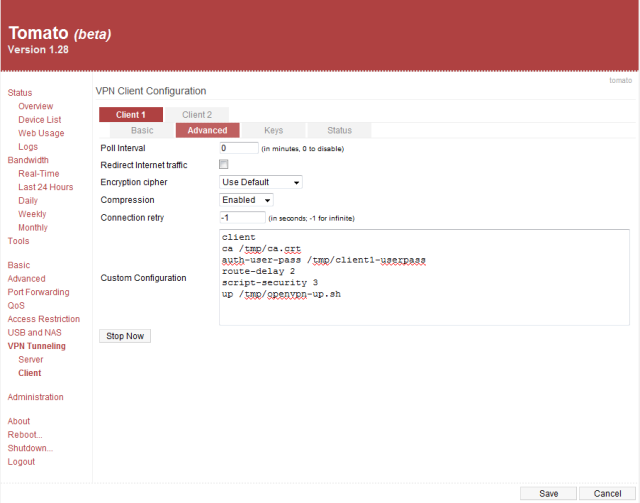 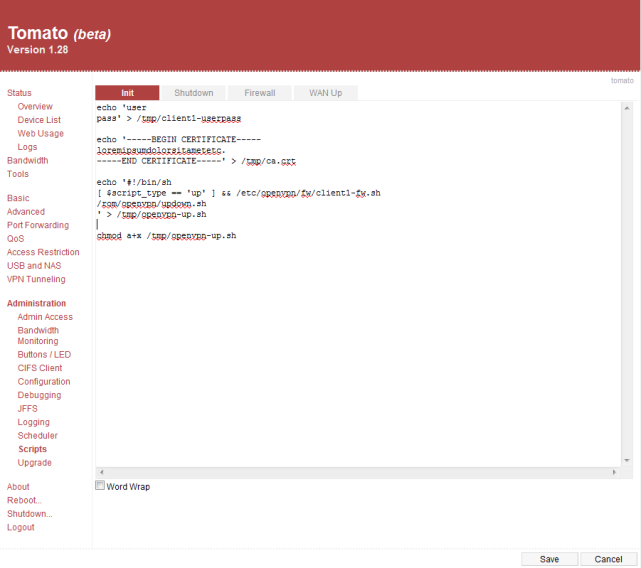 The up script is as it is because of two other (IMAO) bugs in TomatoUSB:
After all this, I now have always-on VPN on the router.  :)
Posted by espenhw at 23:00

Thanks for this. That last bit about OpenVPN not running the NAT script for tun was a lifesaver for me. I was pulling my hair out!